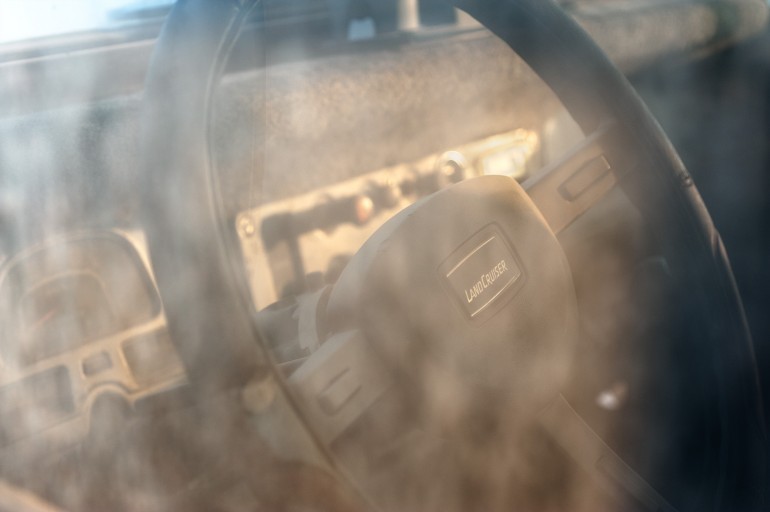 This photo came out a little more abstract than my intention. There is no photoshopping of this to make it look the way it does, that’s just what the desert does to a Toyota Land Cruiser over time. Dust, dust and more dust intercepting the refracted setting sun light.

Toyota Land Cruisers are powerhouses and it would seem they were made with every intention of grand excursions through jungles and deserts alike. This 1980s era Land Cruiser has seen better days but it still has a future. In Saudi Arabia people jump at the opportunity to get their hands on one of these beasts. They take them down to their bones and rebuild them, bringing them back to their prior glory, and then some.

If you get a chance to visit the deserts of the Middle East for one of the sand dune races, do it. There you will not only find Land Cruisers but also old American sedans like a Chevrolet Caprice racing up and down dunes. It’s really a spectacle to behold!

In 2006 Toyota came out with a new SUV aimed at bringing the Toyota J40 back to life. It was called the Toyota FJ Cruiser, and if you ask me, it’s hideous.