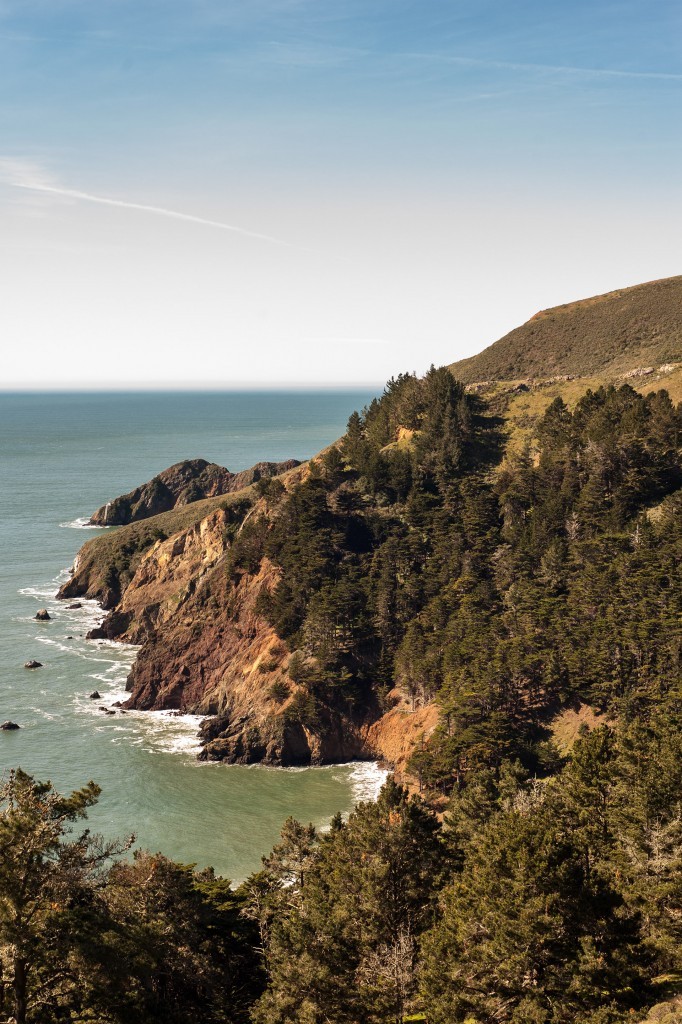 Two weeks ago I was in wine country for a friend’s birthday party. On my drive back down to San Francisco I stopped to catch a shot from the Marin Headlands on the north side of the Golden Gate Bridge.

The Marin Headlands is a hilly peninsula at the southernmost end of Marin County, California, USA, located just north of San Francisco across the Golden Gate Bridge, which connects the two counties and peninsulas.

Sea cliffs, military installations and incredible geologic phenomena (graywacke sandstone, radiolarian chert, serpentinite, pillow basalts, and shale) are scattered throughout the area. The peninsula is as stunning as it is historic. It features “a number of historic military settlements fortifications, including Fort Cronkhite, Fort Barry, a large number of bunkers andbatteries, and the SF-88 Nike Missile silo.”

I always love taking in the views from the Headlands and I make it a destination for anyone visiting San Francisco.