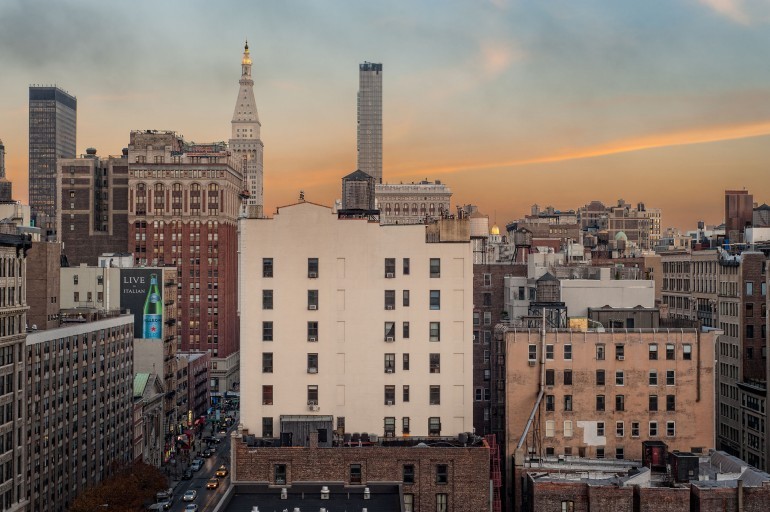 Check out this New York sunset from the infamous Chelsea Hotel. It was taken on my last trip to New York City back in December. I got the chance to visit the infamous hotel when my friend invited me over to his apartment. How he got an apartment in the Chelsea I have no idea but this isn’t the sort of thing you question. You just enjoy the opportunity to be inside and to enjoy the views.

Arthur C. Clarke wrote 2001: A Space Odyssey while staying at the Chelsea, and poets Allen Ginsberg, and Gregory Corso chose it as a place for philosophical and artistical exchange. It is also known as the place where the writer Dylan Thomas was staying when he died of pneumoniaon November 9, 1953, and where Nancy Spungen, girlfriend of Sid Vicious of the Sex Pistols, was found stabbed to death on October 12, 1978. Arthur Miller has written a short piece, “The Chelsea Affect”, describing life at The Chelsea in the early 1960s.

I was just about to head out of the Chelsea when I turned and saw how the sky had turned from bright and blue into this warm, complex and almost painted empyrean sky. I knew at that moment that I needed to get a picture and with a single click of my camera I got this shot.