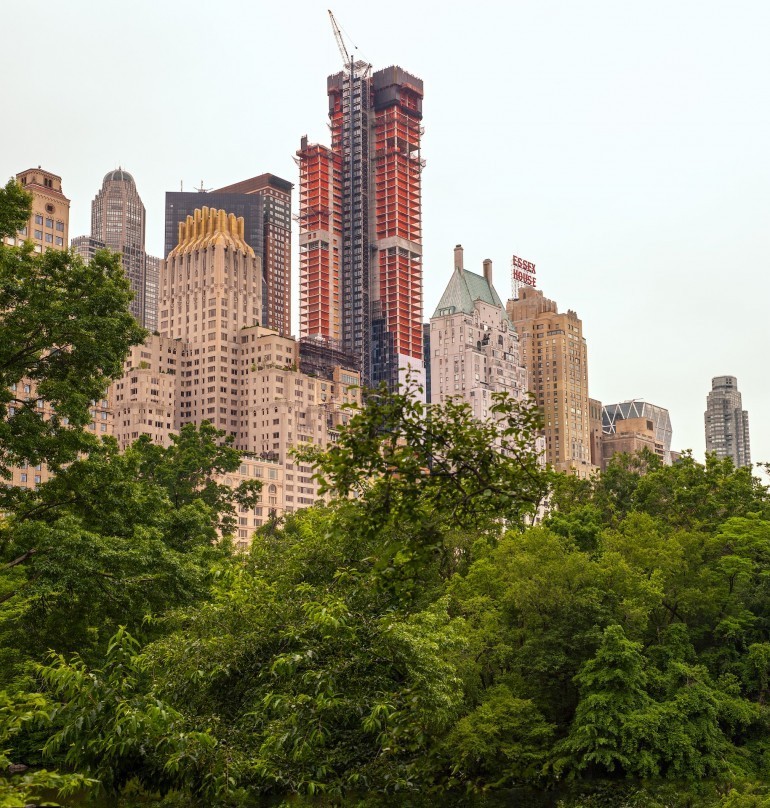 May 30, 2012 was probably my most relaxed day in New York City. Ever. I spent the entire day wandering the city by foot. For once I wouldn’t rely on cabs or trains or buses to get me from point A to point B. I walked from the Chelsea to SoHo to the Upper East Side. It was a lot of time walking and reflecting on the city as I’d never done before.

So when I found myself in Central Park, with nothing pressing on my schedule, I took this panorama of my view. Now I know it doesn’t look like a panoramic photo but it actually is. I took four vertical shots panning from left to right. I then merged all four photos in Photoshop. What I ended up with is a 37.7 megapixel photo of a portion of the New York City skyline, in particular the beautiful JW Marriott Essex House Hotel. All of those extra pixels make for a photo with awesome dynamic range and meticulously sharp details.

Ultimately what I love about this scene is the juxtaposition of not only the bright green trees in the foreground and the concrete jungle in the background. It’s also the glass and metal tower being constructed amongst centurial concrete buildings.