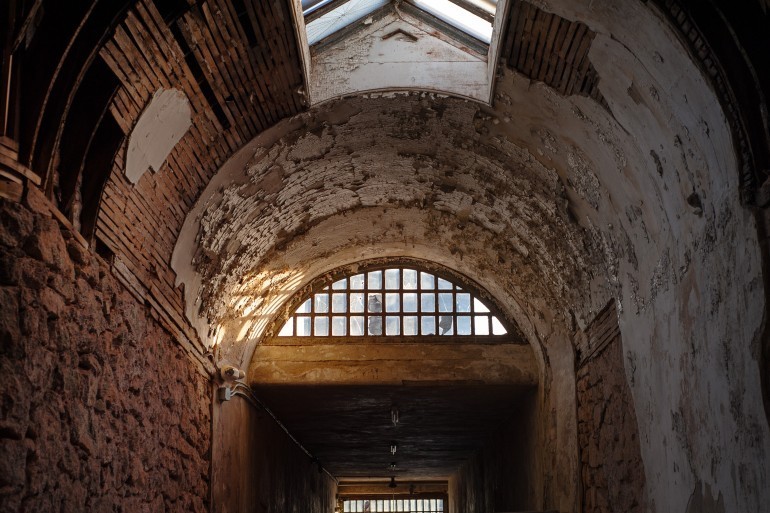 This is a continuation of my series from the Eastern State Penitentiary in Philadelphia. It is a retired prison first opened in 1829 and known as America’s first penitentiary. The term penitentiary is actually quite important as far as the history and understanding of this prison. As I wrote in my previous entry, this prison’s goal was not to punish their inmates but to rehabilitate them, for them to give “penance” for their crimes.

Eastern State Penitentiary was designed by John Haviland with construction beginning in 1821. The wagon wheel design and solitary cells was a radical shift at the time. Inmates could enter their private outdoor yard from their cell, allowing them a few hours a day of physical activity. Otherwise they were confined to their cell to study the bible and meditate on the actions that brought them where they were.

This emphasis on repentance and biblical study is reflective in the design of the corridors. Haviland’s designs were very much inspired by churches and cathedrals as you can see in this photo. The lighting in the corridors and especially in the cells was used to emulate the “Eye of God” upon the prisoners. Seeing the golden light of freedom reaching into the halls was a daily reminder of the world that exists outside their prison.