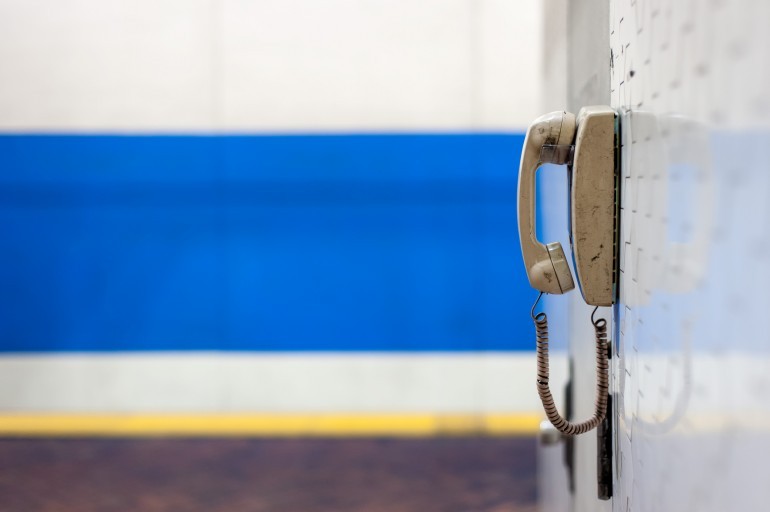 Taken in one of San Francisco’s MUNI stations. This phone once served a distinct purpose but, as far as I can see, no longer serves any. These phones are all over our transit system with no keys to dial. Keys were not necessary as these phones were meant to call only number.

Walkie-talkies replaced them back in the 1980s and 1990s, then Nextel Push-2-Talk in the 2000s and now, well who knows. Probably a combination of both and whatever other tech du jour. Yet these phones are still down there. Maybe it’s a fail-safe. If all else fails, a hardline to wherever this dial-less phone goes might save the day. I could see that being true. Especially if Bruce Willis or Denzel Washington is involved.

But until then this phone hangs alone, grudged up, forgotten and yet still there. Like a lighthouse, perhaps these icons of a bygone era still hold their purpose.