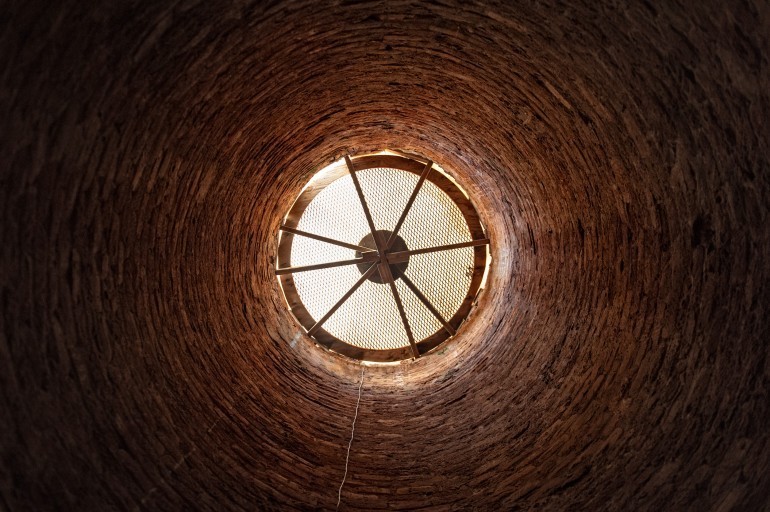 Ryan and I explored two of the fortresses while in San Juan. This photo comes from Castillo de San Cristobal, a 230 year old fortress built by the Spanish to protect the island from attack.

Castillo de San Cristóbal is the largest fortification built by the Spanish in the New World. When it was finished in 1783, it covered about 27 acres of land and basically wrapped around the city of San Juan. Entry to the city was sealed by San Cristóbal’s double gates. After close to one hundred years of relative peace in the area, part of the fortification (about a third) was demolished in 1897 to help ease the flow of traffic in and out of the walled city.

This fortress was built on a hill originally known as the Cerro de la Horca or the Cerro del Quemadero, which was changed to Cerro de San Cristóbal in celebration of the Spanish victories ejecting English and Dutch interlopers from the island of this name in the Lesser Antilles, then forming part of the insular territorial glacis of Puerto Rico. —Wiki

In the lowest section of the fortress is the dungeon, where this photo was taken. Since it was built 70 years before the invention of the lightbulb, skylights were put in to help light the way during the day, while torches took over the job over night. Most of these skylights were small rectangles but every once in a while you’ll find these larger, manhole sized skylights. I imagine these larger ones were as much important for providing large amounts of light as they were to drop down, or pull up, supplies. Either way they sure turned out to be beautiful when hit with sunlight.

Though that temptation for those living in the dungeons might be too much.