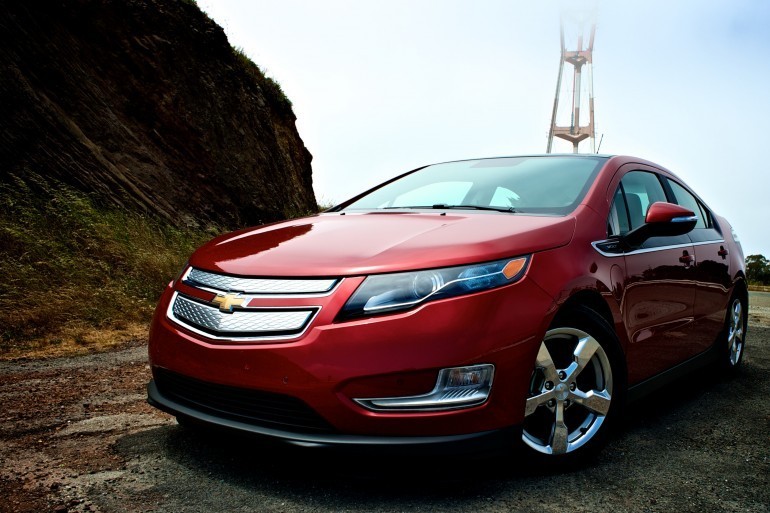 last year Chevrolet, in coordination with Klout, gave me a 2013 Chevy Volt to drive around California. It was a really fun experience and the first time I was ever impressed by an electric hybrid car. Unlike other hybrid cars which rely on a combination of gas and electronic engines to power the vehicle, Chevy’s powertrain is 100% electric. The gasoline engine is used only as a generator to charge the batteries when they get low.

I managed to get some pretty incredible mileage out of this car. The first 30 or so miles are powered by the battery so if you drive fewer than 30 miles between charges, a likely situation in a city like San Francisco, your gas mileage would effectively be infinite. My experiences got me between a 70 and 150 miles per gallon equivalent. Measuring MPG in electric/hybrid vehicles is still a rough science.

This photo was taken at the top of Twin Peaks in San Francisco just as the fog was beginning to roll into the city.