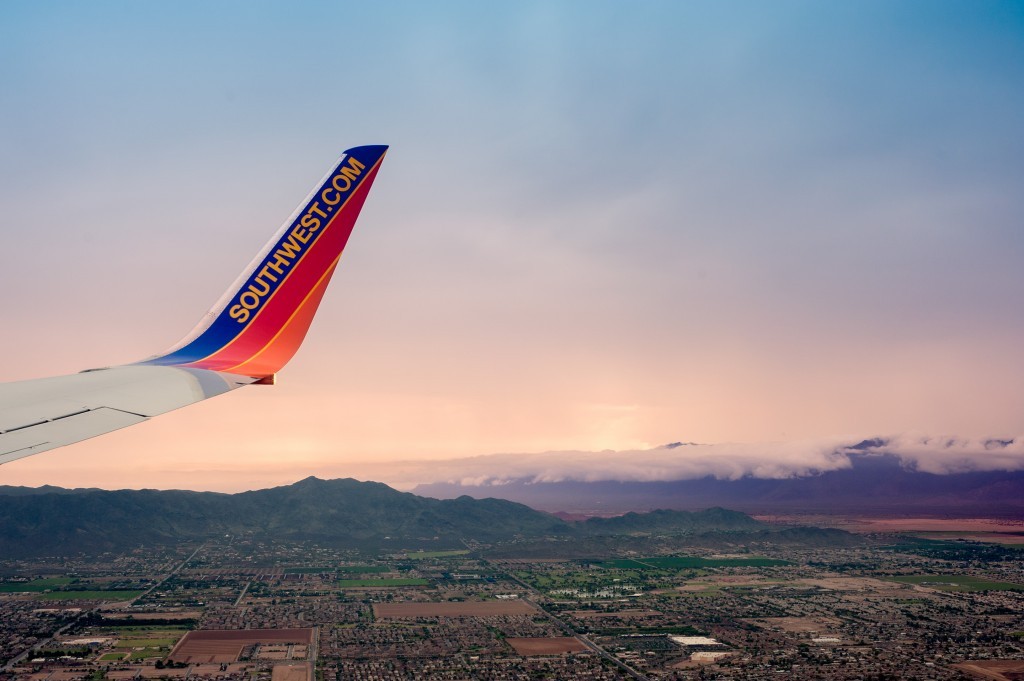 Phoenix Arizona brought to you by Southwest Airlines. Well not exactly. We were on our decent into Phoenix from Austin Texas and told to turn off our electronic devices.

This is where having a big and bulky DSLR camera comes in handy. Especially when your back screen is turned off. Every click sounds much the same as a film camera allowing me to click away in relative obscurity, despite the sub-20,000 foot elevation.

I took this shot as a single exposure of a day that would otherwise look dreary without post processing. Most cameras, especially those shooting in RAW mode, average a photograph to match what is called 18% Grey. This prevents clipping of blacks and whites, but also makes an image that is visually dynamic to the eye absolutely boring when looked at through the back of your camera.

This is where the power of RAW photography comes into play. Without any real sorcery at all, I was able to turn a grey photograph into vivid reality.