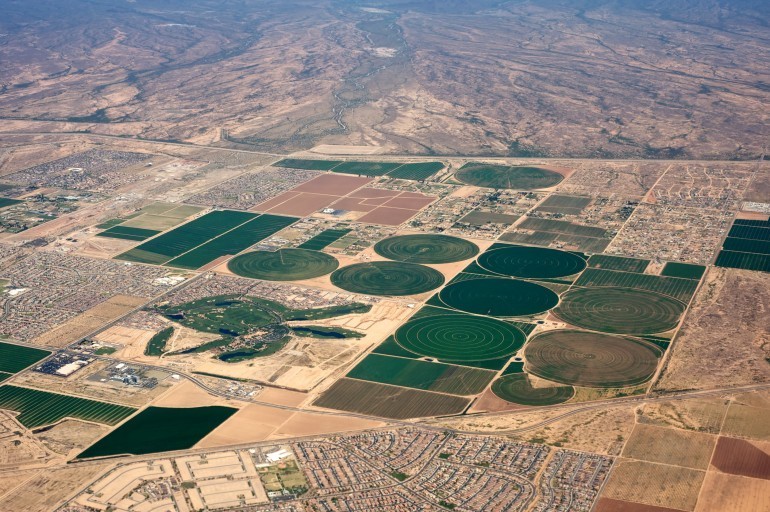 The circles in this image are a result of center-pivot irrigation.

Center-pivot irrigation (sometimes called central pivot irrigation), also called circle irrigation, is a method of crop irrigation in which equipment rotates around a pivot and crops are watered with sprinklers. A circular area centered on the pivot is irrigated, often creating a circular pattern in crops when viewed from above (sometimes referred to as crop circles). Most center pivots were initially water-powered, and today most are propelled by electric motors.

This was taken as I flew cross-country from San Francisco to  New York. It shows just how hard man will try to change the landscape he lives in. Whether for food, money, shelter or beauty.