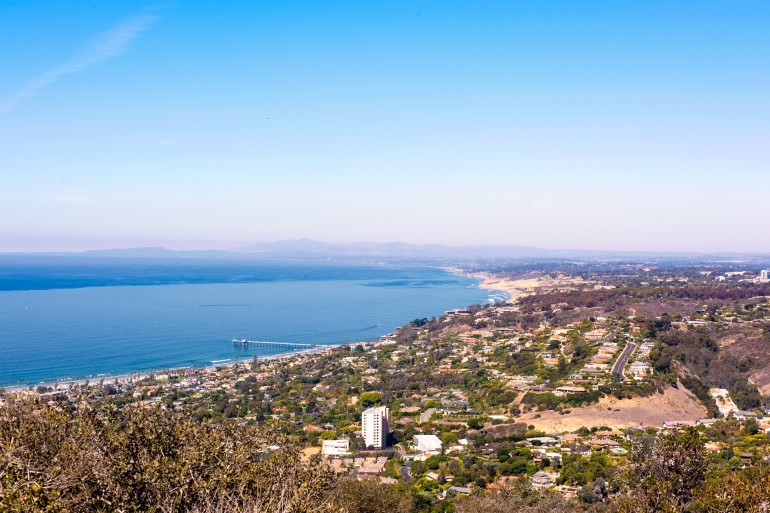 The first really cool, picturesque place I discovered on my own after moving to San Diego was Mount Soledad. I wasn’t sold on the spot right away but after I read this on Wikipedia, I knew I had to go.

There is an urban legend that in the 1930s, a group of little people who appeared in Hollywood films such as The Wizard of Oz, came to San Diego where they built miniature houses on Mount Soledad.

The legend gained traction due to the fact several houses were built on steep slopes overlooking the Pacific. As passing observers looked down, the perspective made doors and other features appear smaller than normal. Most of the supposed “Munchkin Houses” have been remodeled and the effect is no longer present.

Now I do my best to bring anyone new to San Diego to this spot to enjoy the views.